A Glance At The Malaysian Education System

by StudyMalaysia.com on May 12, 2022 | Higher Education in Malaysia, The National Education System Introduction to the Malaysian Education Structure (Lower and Higher Education)

Students who want to pursue higher education after the secondary level need to have the required academic grades and the funds to further their education. School leavers with SPM qualifications can opt to obtain a pre-university qualification (such as the sixth form, matriculation programmes or the GCE 'A' levels) or study for a certificate or diploma at a higher educational institution. The time needed to complete a pre-university programme depends on the type of programmes - students usually take a year to complete a matriculation programme or STAM and one-and-a-half to two years for STPM and A-levels. The Ministry of Education Malaysia (or Kementerian Pendidikan Malaysia in Malay). However in 2015, the two Ministries were split again and were merged again in 2018. In 2020 the two ministries once again split with the higher education ministry under a new federal minister.

Similar to many developed countries in the world, Malaysia adopts a system of 6+5+2 years of formal education. The following section provides details of the various levels of the national education system.

The Malaysian education system has been shaped to reflect the needs and identity of a multicultural society. There are at least eight broad categories of educational institutions (which include both government or public-funded institutions and private institutions) to meet the needs of its people and the international community.

There are six categories of schools:

There are two categories of higher education institutions:

The legal regulatory frameworks that govern the provision of education in Malaysia include :

The Education Act 1996 covers pre-tertiary levels of education under the national education system which comprises preschool, primary, and secondary education as well as post-secondary education. The other six acts regulate the provision of higher education in Malaysia. The Private Higher Educational Institutions Act 2009 is currently under review for amendments to be made. 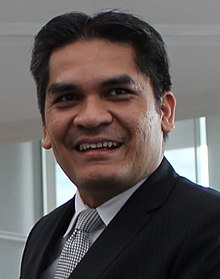 Examinations and Qualifications
The Examination Syndicate or Lembaga Peperiksaan (LP) under the Ministry of Education (MOE) conducts several national examinations. For more than three decades, at the end of the six years of primary schooling, pupils were required to sit for a common public examination called the Primary School Achievement Test / Ujian Penilaian Sekolah Rendah (PSAT / UPSR). However in April 2021, the Ministry of education announced the abolition of the UPSR starting from 2021. Education Minister Datuk Dr Mohd Radzi Md Jidin said Year Six pupils will be evaluated using school-based assessment, a system which has been in effect since 2011.

Prior to 2014, students sat for a public examination called Penilaian Menengah Rendah (PMR) or the Lower Secondary Assessment (LSA) at the end of the third year at the lower secondary level (Form 3). Subjects tested included Bahasa Malaysia, English, Mathematics, Science, Geography, History, Living Skills, Islamic Education (for Muslim students), and Moral Education (for non-Muslim students). A number of optional subjects were also available such as Mandarin, Tamil, and Arabic. Beginning 2014, the government decided to do away with the PMR as a public examination and replace it with a school-based assessment and the PT3. The Form Three Assessment (PT3) for 2021 was cancelled due to the pandemic. The Ministry of Education has yet to decide on the implementation of the PT3 examination for the 2022 session.

After two years of upper secondary education, students sit for the public common examination Sijil Pelajaran Malaysia, SPM (also known as the Malaysian Certificate of Education). The SPM is the national examination taken by all Form 5 students and is equivalent to the IGSCE or O level. Compulsory subjects include Bahasa Malaysia, English, Islamic Education (for Muslim students), Moral Studies (for non-Muslim students), History, Mathematics, and Science. Elective subjects are also offered across the fields of arts and health, information and communication technology, languages and literature, technical and vocational studies, science and mathematics, social sciences and religion.

Checkout the list of core subjects and electives (Subject packages you will choose in Form 4.

Along with Bahasa Malaysia, History has been made a must-pass subject in the SPM examination from 2013. English has also been made a compulsory pass subject beginning 2016. Candidates who fail any of these subjects will not receive a full SPM certificate.

In addition, the Ministry of Education offers two types of free post-secondary programmes or pre-university courses for students with SPM qualifications:

Note*: In 2012, the Ministry of Education introduced a modular system to assess the Sijil Tinggi Persekolahan Malaysia (STPM) examinations. The system is based on three semesters (for a duration of 1.5 years) where students are evaluated at the end of each one. The assessment also includes coursework and school-based projects. The content of the STPM syllabus remains the same.

Academic Qualifications at the Higher Education Level (under MOHE)

The framework specifies that a programme is required to achieve the following minimum credits before an academic qualification can be awarded by the approved higher educational institutions, e.g. certificate (60 credits), diploma (90 credits), bachelor degree (120 credits), and taught master degree (40 credits). Master and doctoral degrees obtained by research do not have credit values.

The various levels of higher education qualifications based on MQF can be defined as follows:

Besides pursuing an academic pathway to higher education qualification from certificate to PhD levels, SPM qualification holders or youths aged 16 and above have the option to pursue skill-based programmes leading to the award of skills qualifications.

These programmes allow students a pathway to acquire skills qualifications which cover Level 1, Level 2 and Level 3 of the Malaysian Skills Certificate; Level 4 (Malaysian Skills Diploma); as well as Level 5 (Malaysian Skills Advance Diploma). Skill-based programmes are under the jurisdiction of the Department of Skills Development, Ministry of Human Resources (MOHR), and are provided for under the National Skills Development Act 2006. The providers of skills training are from various ministries, government agencies and private sectors.

The general entry requirements and duration of study at certificate, diploma, undergraduate and postgraduate levels for higher education (academic) can be grouped as below :

“The private higher education sector has achieved much for the nation and its people. It is now an equal partner with the public institution as a provider of higher education. The achievements of private sector in the last two decades have been governed by the Private Higher Educational Institution Act 1996 (Act 555). The Act was described by the then Minister of Education as a “great milestone in the history of higher education in Malaysia” and part of a “major educational reform” that had never been undertaken by the government until that date. Liberalisation policies on higher education made it important to have more transparency and flexibility in the policies and regulations underlying and connected with the Act. This would support the competitiveness and quality of private higher educational institutions and bring them on par with those of developed countries.

Private education as an industry within the services sector has a great potential of growth to accelerate Malaysia’s aspiration for the services sector to contribute 70% of Gross Domestic Products (GDP). It has contributed RM 31.5 Billion from tuition fees and cost of living to the economy of Malaysia in 2018; and would potentially grow to RM 65 Billion by 2025 and RM 84 Billion by 2030 based on a mere conservative extrapolation of 5-6% growth rate per annum.

The above is extracted from the book published by Ministry of Education Malaysia - Way Forward for Private Higher Education Institutions: Education As An Industry (2020-2025). Download a copy here.

The well-structured higher education system in Malaysia is instrumental in enabling the government to achieve its aspirations to have a resilient nation, encourage the creation of a just society, maintain sustainable economic growth, develop global competitiveness, build a K-economy and innovative culture, strengthen human resource development and maintain sustainable environmental development.

The efforts of the government and education entrepreneurs to constantly enhance and improve the infrastructure of higher education, human resource development, and curricula in order to provide better quality higher education for students have earned the country international recognition. Malaysia has also been recognised for its success in the democratisation of higher education.

Copyright © STUDYMALAYSIA (StudyMalaysia.com).
All rights reserved. No part of this editorial contents may be reproduced, copied, translated, or stored in a retrieval system or transmitted in any form or by any means without the written consent from the publisher.